Root canals aren’t that bad. They can take a few days to heal, and there’s a couple of stages to them, but they’re not as fearsome as they’re rumoured to be. If you need to have a root canal done, you have nothing to worry about.

What is a root canal?

A root canal is a procedure to remove infection from the roots of the tooth. If you get a chip or a crack in your tooth bacteria can travel through the crack into the pulp chamber cause an infection that can travel into the roots. This can be very painful as there are a lot of nerves and blood vessels in the pulp chamber. 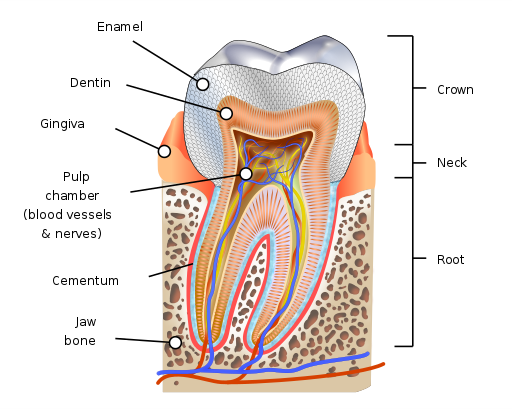 The dentist drills into the tooth, and then removes the infected material. The gap is then filled to seal the tooth against further infection. Once this has healed, the dentist sets a crown over of the damaged tooth to strengthen it.

This may have been the case in our parents’ time, but now it hurts about as much as getting a regular filling. Modern technology and anaesthetics mean that the experience won’t hurt at all during the procedure. You may feel some slight discomfort after the anaesthetic wears off, but that will not last long, and certainly be less painful than an infected tooth.

Back in the 1920s a dentist named Weston Price thought root canals caused cancer, arthritis, heart disease, and other conditions because the dead tooth was left in the jaw. It was thought that harmful toxins were still left in the tooth, which led to disease entering the blood stream and being spread through the body.

We now know that Price’s research was really badly-done science that yielded dubious results. The experiments were performed in non-sterile environments. The conditions for the experiments were badly controlled. No other researchers have been able to do the same experiments as he did and come up with the same results. After a century of dental research, we can safely say there’s no credible evidence to show that root canals cause cancer.

Having a tooth extracted can be quite a painful, traumatic experience that takes weeks to heal. Replacing the extracted tooth with a bridge or implant can also lead to the neighbouring teeth and supporting tissues needing procedures.

Extractions take far longer to heal than a root canal, and there is a risk of complications like dry socket or infection setting in while your jaw heals. Healing time can also be prolonged following the removal of a tooth as the bone in the adjacent area undergoes a natural process to mend itself for chewing. If the body needs to discard an extra piece of bone, the fragment can project out of the gums and cause discomfort. These bone spurs can appear in the period of several weeks to a month following a tooth extraction.

It’s always best to save your existing teeth if at all possible.